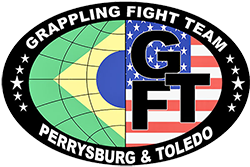 Friday July 30, Coaches Brad Schneider, Daniel Calvert and Dante Leon we’re in Austin, Texas competing on possibly the biggest professional Jiu Jitsu event to date. Daniel and Brad were on the undercard and Dante was the Main Event match.

Congratulations to Coach Brad and Coach Daniel who won their matches by submission.
Brad won submission of the night with an amazing crucifix armbar/climber choke. Brad is known for his crucifix control and submissions and was able to transition from defense to offense to secure the highlight reel submission after attacking for the win from the start of the match.

Coach Daniel showed a whole new level to his evolving Jiu Jitsu game. Daniel was able to get to his game quickly and show his improved leg locks. Transitioning from a failed sweep/knee bar attempt, Daniel was able to secure an outside heel hook for the submission victory in under 40seconds.

Coach Dante took on Garry Tonon in what is considered to be the fight of the year and quite possibly one of the most exciting grappling matches ever! The grapplers exchanged positions constantly in a back and forth battle. With a non stop pace for 15 minutes put out by both athletes, Garry was given the decision victory. The fight was close all the way through to the end with both fighting off takedowns, sweeps and submission attempts constantly. A great end to an amazing event.

Thank you for representing our team and entertaining fans around the world!